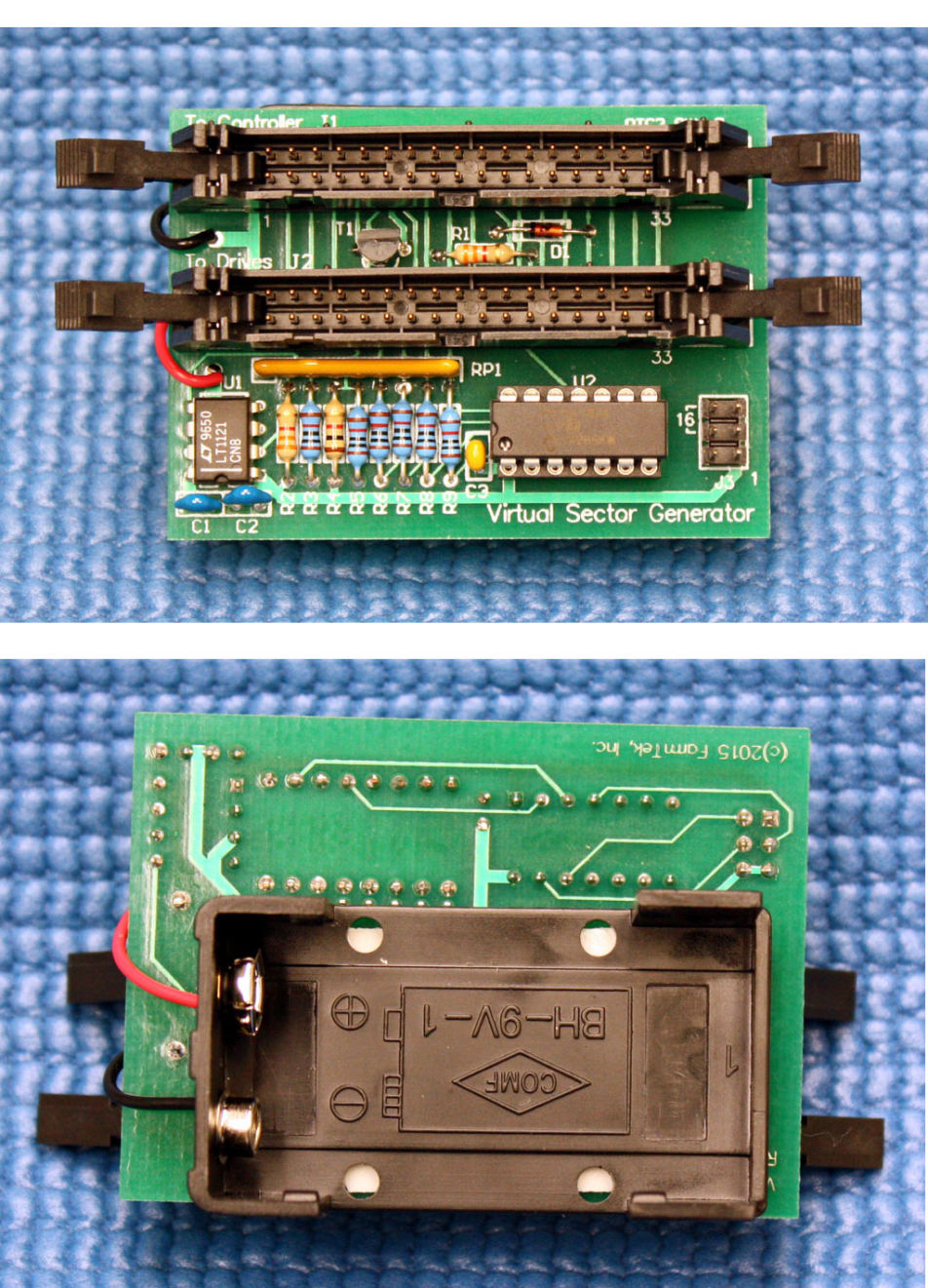 The Virtual Sector Generator (VSG) sits between a 5.25" hard-sectored floppy controller and original drives to allow transparent and interchangeable use of soft or hard sectored media. The board is jumper selectable to work with 10 sector or 16 sector controllers. The board is powered by a standard 9 volt battery and automatically powers itself on and off with the host computer. A battery will last a year or more of typical use.

Since 16 sector media – and especially 10 sector media – is getting difficult to find, this is a great way to breathe new life into systems using controllers from North Star, Heathkit, Micropolis, Vector Graphic, and MITS/Altair.

For each of the three standard drive selects, the VSG maintains a running average of the last four revolution times so that the timing of virtual sector pulses matches each drive's rotational rate.

Belt driven drives can have significant variation in rotation time on consecutive revolutions (Instantaneous Speed Variation, ISV). Even though the VSG syncs to the average speed of the drive, a given revolution will vary from nominal by an amount that cannot be predicted by the VSG. If the ISV exceeds 1ms or so, drive operation will not be reliable with soft sectored media.


Almost all of the belt driven drives I have tested work well with the VSG (several each of Shugart SA-400, SA-460, Tandon TM-100-x, Micropolis 1015-x, Pertec FD-200). Drives that don't work reliably with the VSG cannot be linked to a particular brand or model of drive. Instead, if a given drive has acceptable ISV, it will tend to stay that way and work well with soft sectored media. Similarly, if a given drive has excessive ISV, it will tend to remain problematic with soft sectored media and the VSG.
Direct drive motors, typically found in half-height 5.25" drives, tend to be very stable, and therefore, work very well with the VSG and soft sectored media. Fully compatible 48 tpi 360K drives like the Teac 55BV series are still readily available on eBay.